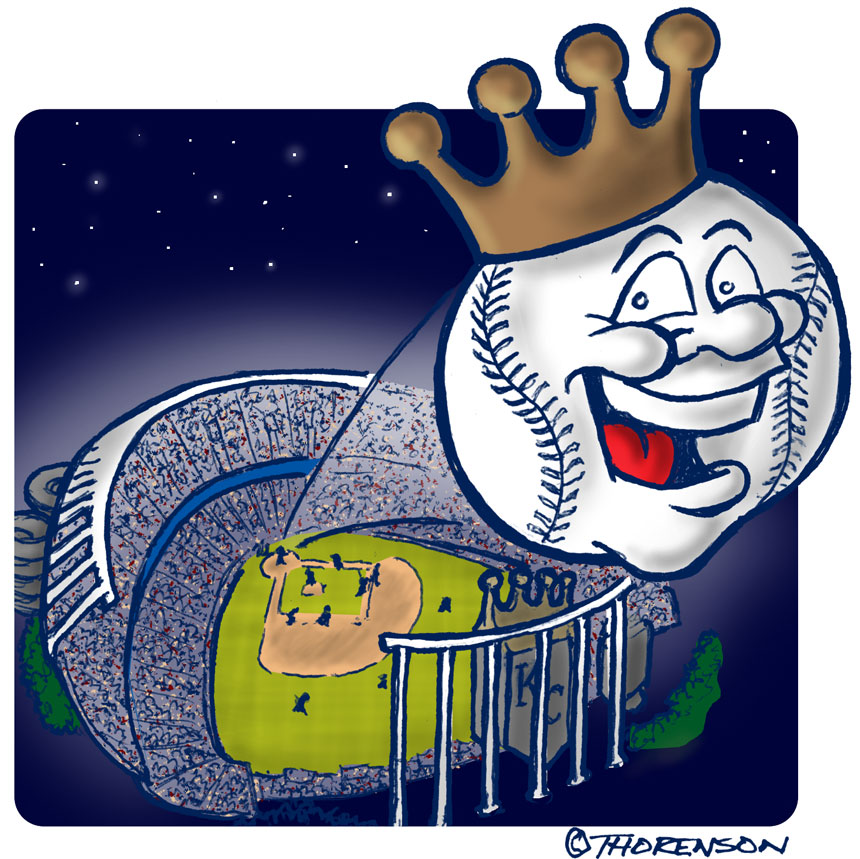 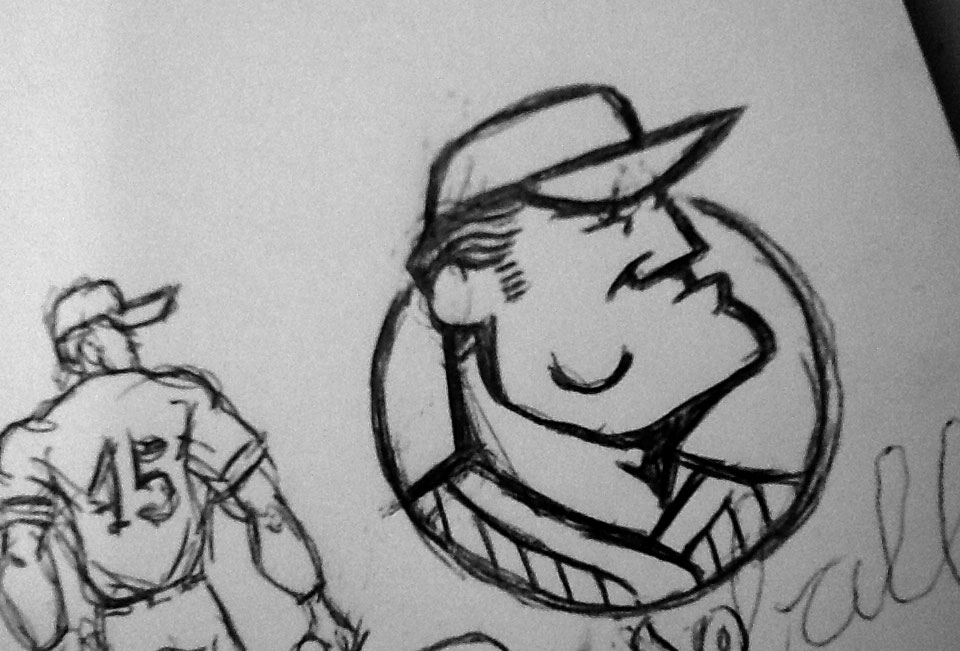 I guess this means Spring has officially sprung. Still wishing it felt like it. 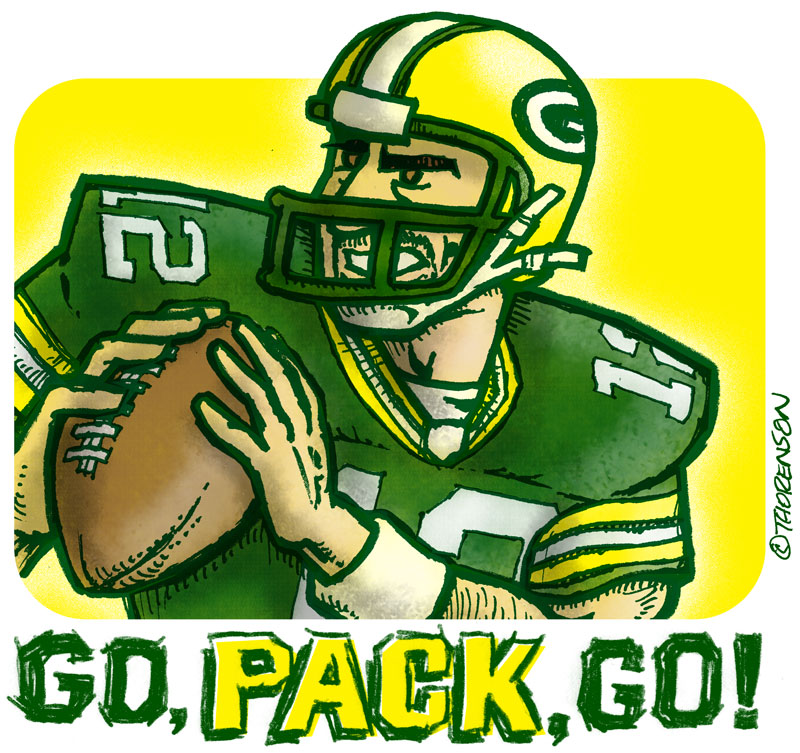 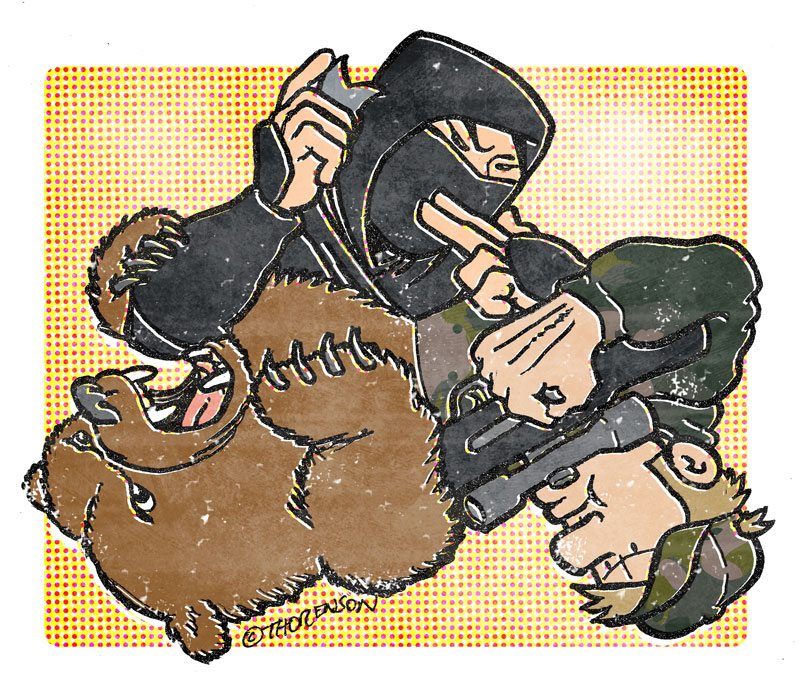 My boys introduced me to an alternative approach to decision-making. Everyone’s familiar with Rock, Paper, Scissors but have you heard of Ninja, Hunter, Bear? I have to admit, I was intrigued with how this worked and the boys were so kind as to indulge my curiosity. Turns out it isn’t as discrete as one would hope. You actually stand with your backs toward each other and in duel-like fashion you count to three and do a jump turn to reveal what you are: hands up like claws if you’re a bear, hands up like your aiming down the sight of a rifle if you’re a hunter and one hand out holding a sword and the other back if you’re a ninja.

It seems to work okay, though logically I think it’s a bit more troublesome. In my mind a hunter with a high-powered rifle should be able to take out a ninja (provided he can see him), but that is not the case. Likewise, a bear defeating a ninja seems unlikely – unless the bear is also a ninja, but I digress. As long as the participants know the trumping rules such analysis isn’t necessary but personally I’d rather stick with the Rock, Paper, Scissors hand-jive. 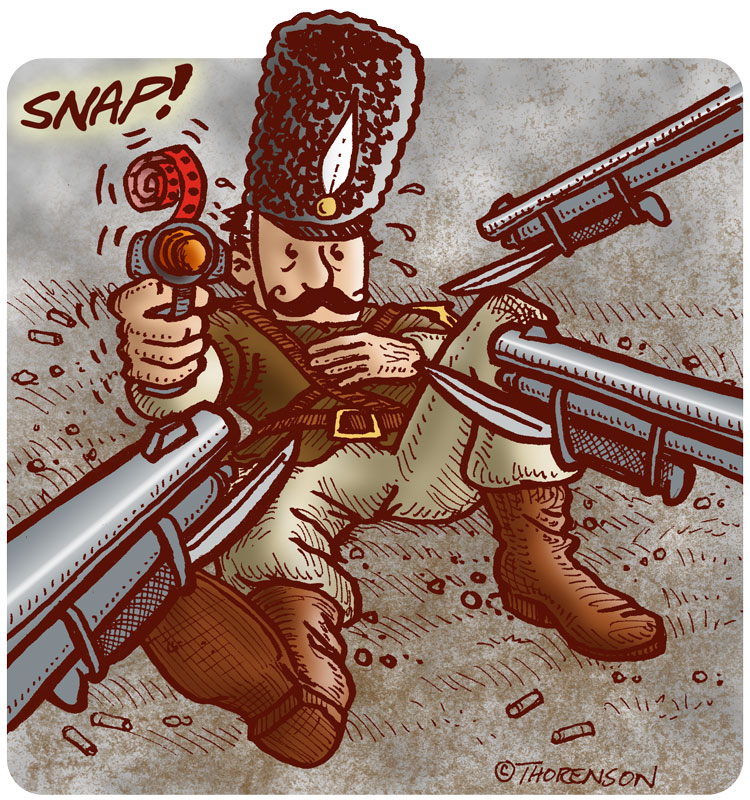 Last night I spent a picture-perfect evening on the patio with my two boys playing a somewhat civil game of RISK®. I realize that the serious gamer would consider RISK® to be ‘Ameri-trash’ because of its dependency on dice to settle a player’s fate but all things considered, the aptly-named Parker Brothers classic teaches simple strategy and consequence.

My oldest is so competitive when it comes to games. Any time I was on a lucky roll he would proclaim the game ‘stupid’ and accuse me of picking on him. No matter how many times I tried to explain to him that it takes no particular skill to throw sixes, he was convinced that it wasn’t luck. How quickly his attitude changed when I was the one begging for mercy. Once he and his brother allied with one another they pretty much ‘owned me’. It seemed that no matter how much mojo I threw on those dice I could do nothing but roll ‘cap gun’ ones to their ‘cannon’ fives and sixes. Stupid game! 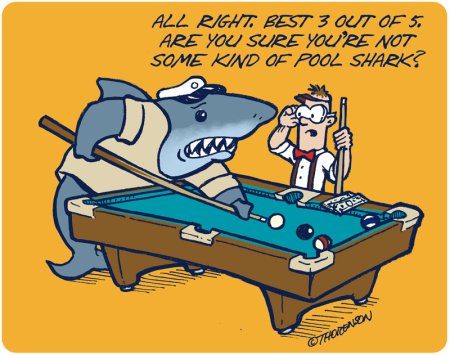 I always enjoyed the game of pool. I think a lot of that had to do with the fact that we never had a table growing up. It was always something we wanted – especially after visiting any friends or cousins who did. It didn’t occur to me until I was much older that there was actually some skill involved in playing the game. Turned out it was actually more than just hitting the cue ball as hard as you could. Suddenly physics, geometry and even ‘English’ had new meaning.

In college I played nearly every day after classes. For Christmas I got a pool cue. By all standards I was ‘into’ the game. At least I thought I was. I entered an eight-ball tournament in college and soon learned differently. Apparently there were people out there that were more ‘into it’ than I was. In one game I actually beat myself before my opponent had the chance by scratching on the break. Yeah, I was not a pool shark. 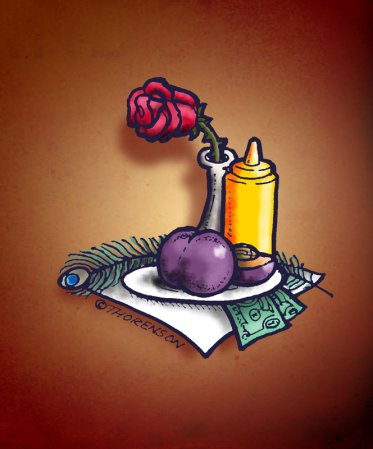 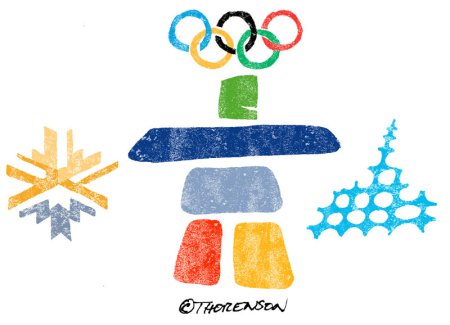 I had the opportunity to watch the 2010 Winter Olympics opening ceremonies last night and I have to say it was pretty spectacular. Vancouver invested millions of dollars to host this year’s Olympic Games and it showed. It’s amazing to see the creative vision of so many talented individuals be realized. Equally impressive is the tradition of signifying each Winter Olympic Games with its own logo (hopefully, the NFL’s Super Bowl logo rationale doesn’t influence the Olympic Committee to change). It underscores the power of an effective logo, all while being simple and original. In addition to the Olympic rings, these individual symbols become a way to distinguish each locale and year from another. Sure the games would go on without them, but you can’t deny that they add a level of sophistication and brand class to the event.

I come from a game-playing family, so playing board games with our boys is kind of a rite of passage. Over a year ago, my brother-in-law introduced us to a number of ‘European’ board games. They don’t involve dice, so luck is eliminated for the sake of strategy. Clearly these games are outside the canon of Parker Brothers (in fact, any game with a pair of dice is mockingly referred to as an ‘Ameri-trash Game’). We personally own one such game, but the rest are ‘Ameri-trash’ classics. Our youngest son loves to play games and will occasionally coax us into playing ‘Sorry’, ‘Life’ or (Heaven forbid) ‘Monopoly’. I realize they’re all good at teaching young minds good sportsmanship and strategy, but it’s like choosing to play checkers when you’d rather be playing chess.