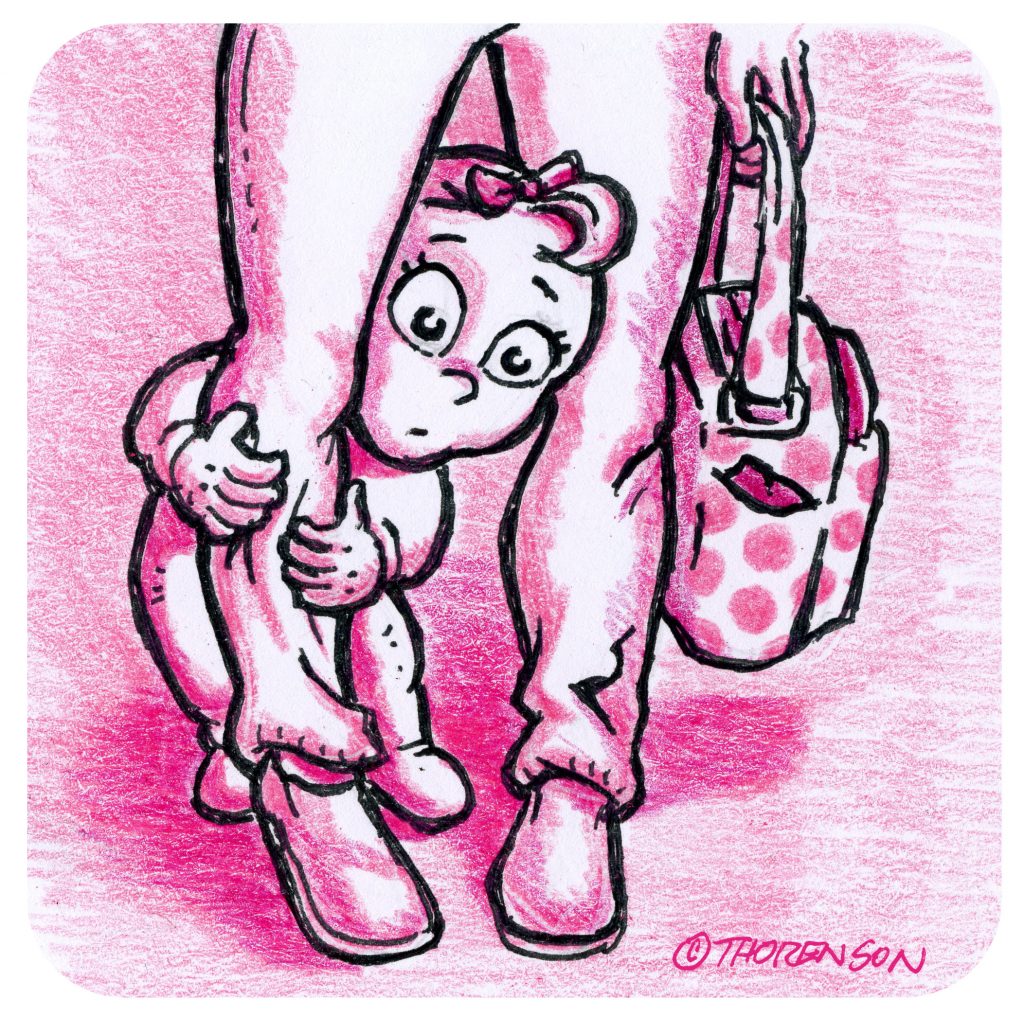 According to Starch Research Professor of Psychology, Jerome Kagan, shyness has been found to be an inherited biological trait that can be detected in infants as early as four months. There are a number of factors that can help individuals overcome their shyness, so it isn’t necessarily a life sentence. Kagan’s research found that only 25% of children that exhibited extreme shyness as children will be extremely inhibited as adults. This should be good news for the shy introverts that believe they always will be. 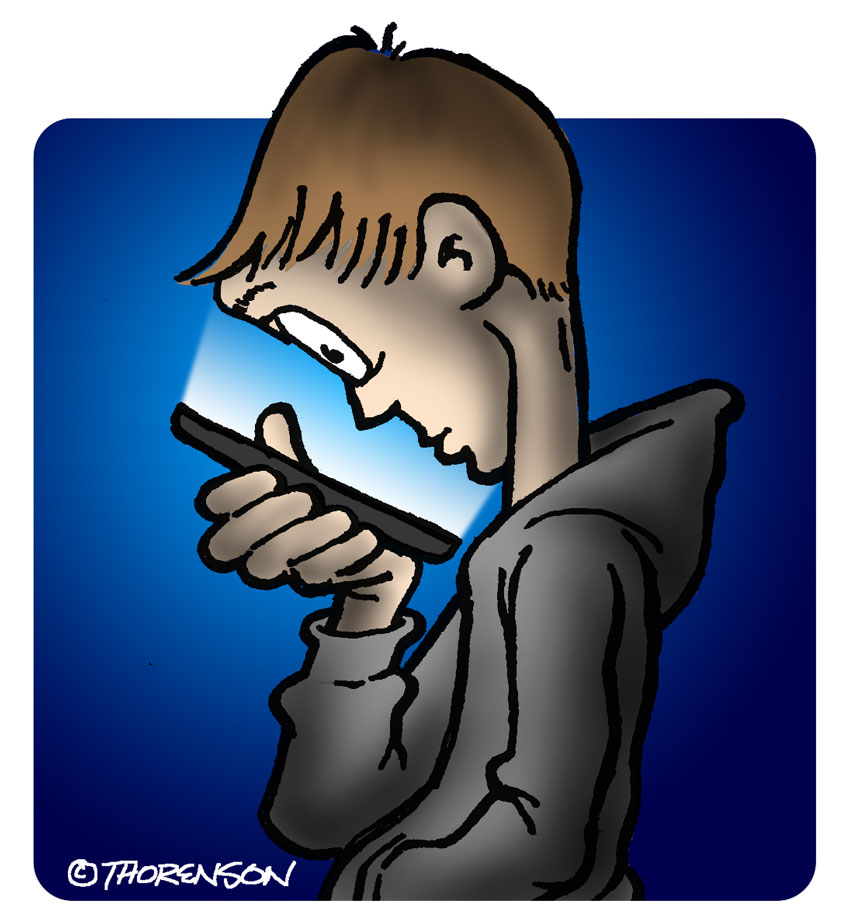 I still marvel at how consumed we are with the cell phone. How did we ever live without it? More amazing is how tuned in some teens tend to be. I wonder if their heads and necks will evolve in order to improve image reception. 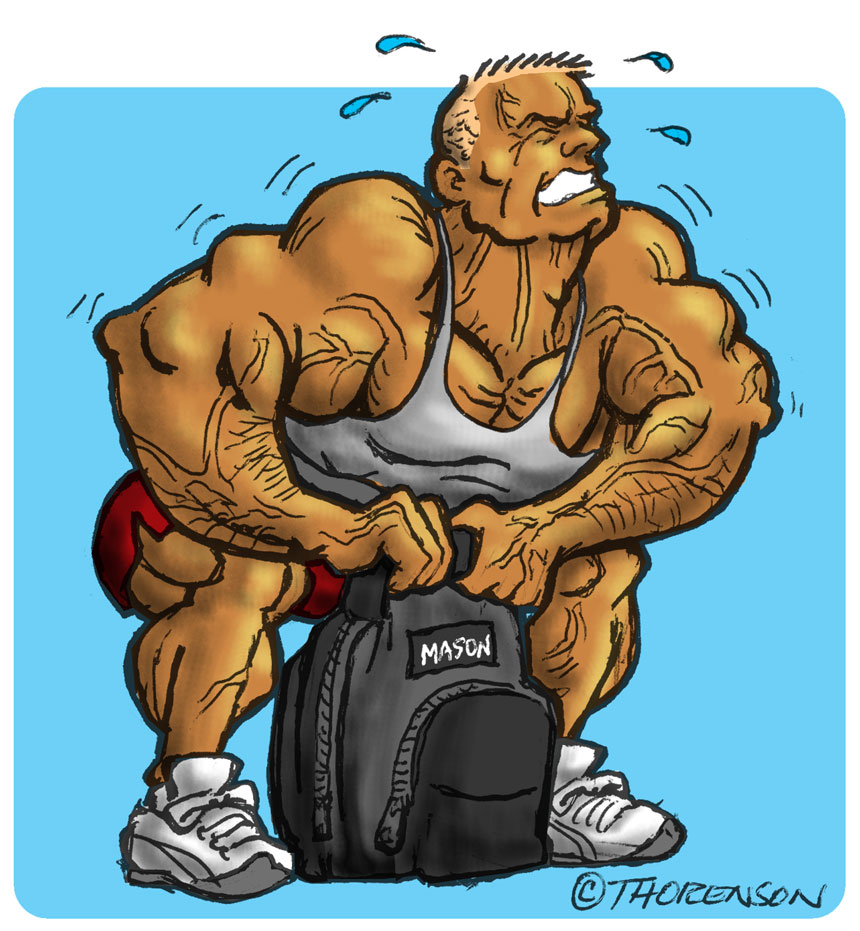 It could be a bit of an exaggeration, but lifting my eldest’s backpack could be considered a rep in cross-training. Since the new high school policy — if you’re not a freshman — is ‘you don’t get a locker unless you request one’ he’s essentially lugging his locker on his back to every class. 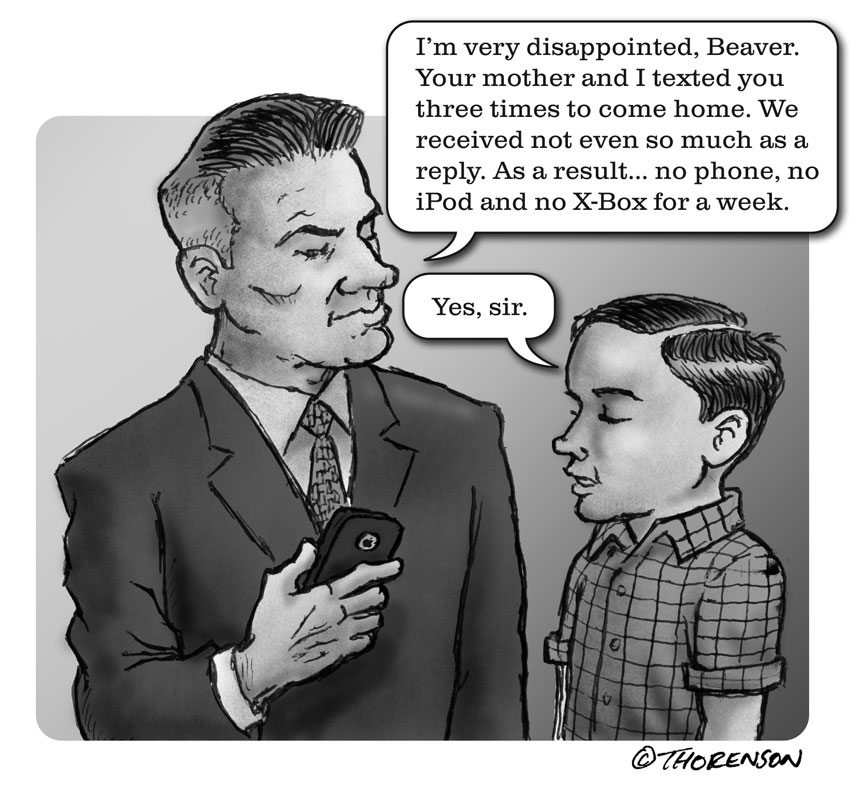 I probably sound like Ward Cleaver when I remind my children how rough our lives were compared to theirs. It’s apparent that every generation has a horror story to tell their children to make them appreciate how good they have it. Ironically, we still make it a goal to want better for our kids than what we, ahem, ‘endured’. That kind of makes the infamous ‘when I was your age’ series of ‘walking to and from school, uphill, both ways’ a weak anecdote to garner their sympathies as we negotiate their comparative luxury. In the end, I think we, as parents, learn more about sacrifice than our kids do.

I had the opportunity this evening to spend some time with the kids at Legacy United Methodist. This month the kids have been talking all about ‘Creativity’ so my wife, Suzanne, (Kid’s Ministry Director and frequent favor asker) asked me to come and demonstrate how to make a ‘flip book’ animation for the kids using 3″ x 5″ cards. The story tonight was about baby Moses and how he was found by Pharoah’s daughter floating down the Nile in a basket. As the kids worked on their flip books, I drew a more mature Moses parting the Red Sea. All the kids asked me if I was planning on doing another animation with this drawing. It was a cool idea, but seeing how long the simplistic basket animation took I told them they’d be waiting a really long time… like ’40 years in the desert’ long. 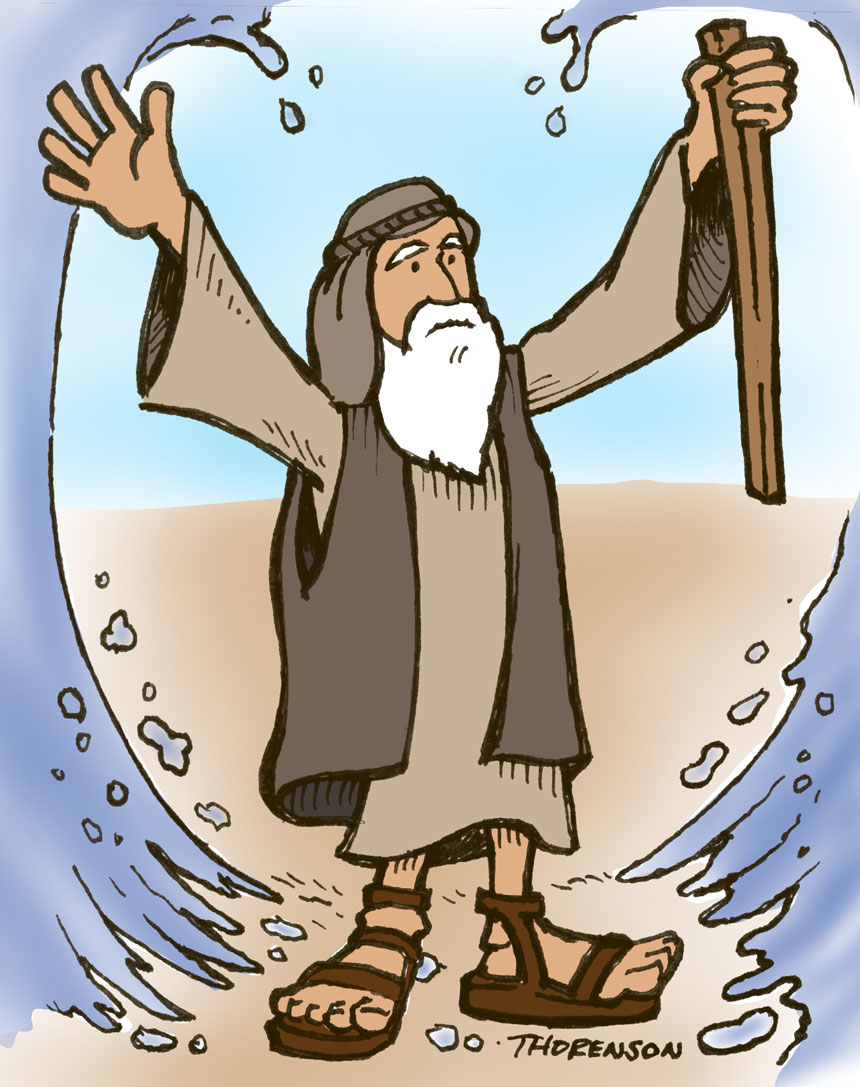 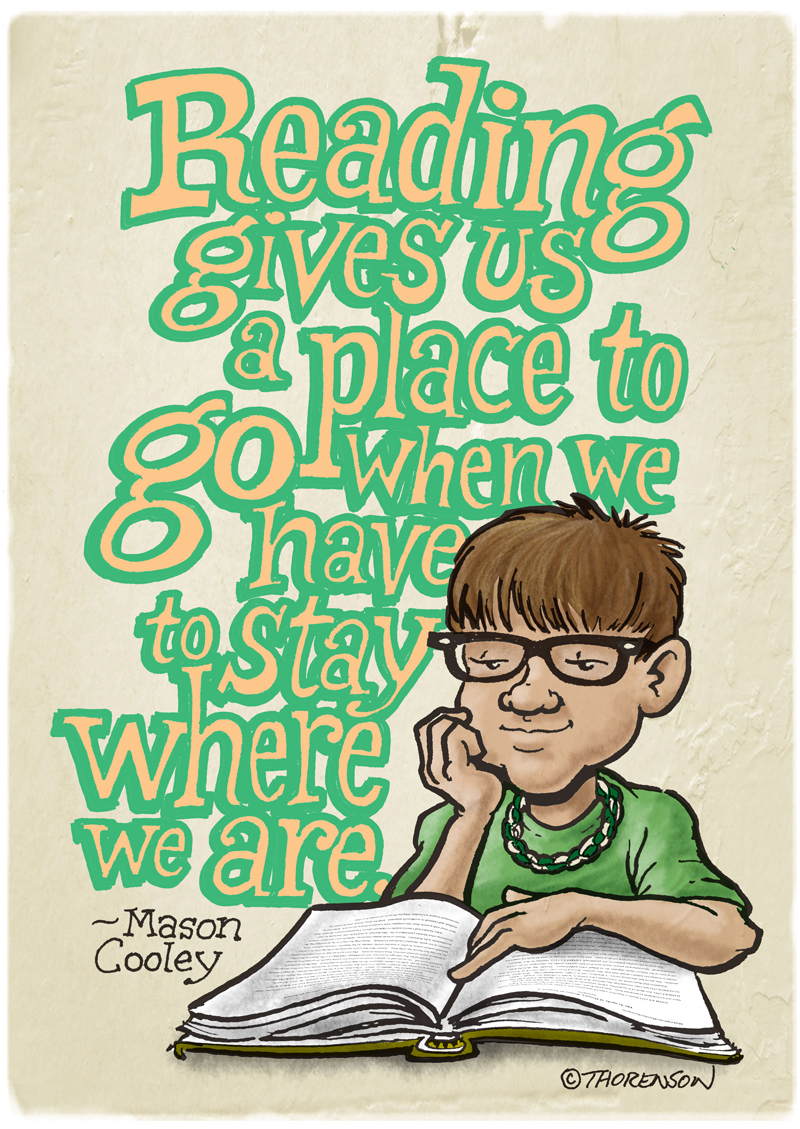 Author Jim Karn and I visited with Northridge Elementary fourth graders today about the process of writing and illustrating books. I had the opportunity to illustrate Karn’s book, Little Jimmy’s Life on the Farm Stories, and lately he’s been very active about sharing and promoting it. I’ve been fortunate to attend a few readings with Jim and talk to audiences about the creative process I used to create the illustrations.

Today’s visit was extra special, and really only happened because of a very insistent fourth grader – my youngest son, Chase. He’s been begging me to visit his class for months and has been boasting to all his friends about the work I do. Some days I really take for granted what I am blessed and able to do but on days like today I’m humbled at how proud he is of me. I thought it was fitting to show the students how proud I am of Chase and his love of reading by sharing prints of this illustration. Though I never once told the classes that the boy in the illustration was Chase, everyone assumed it was and he became quite the celebrity. Needless to say, it was quite the experience. I’m glad he encouraged me to do it. 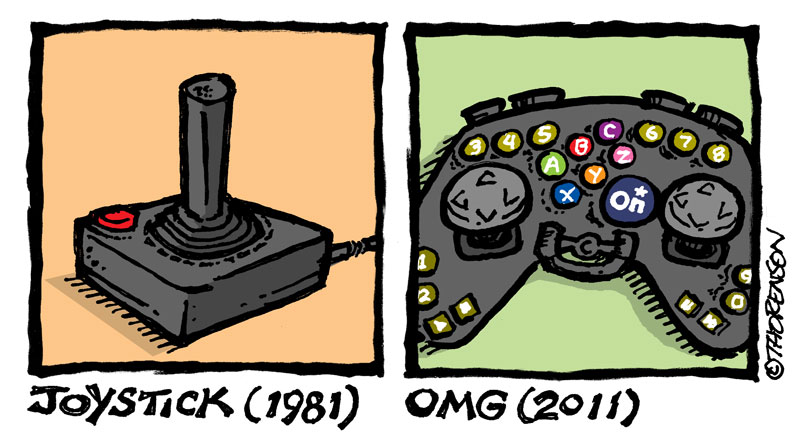 I always thought the game of baseball was exciting. Why does this not seem to be the case with six and seven-year old tee ball? Most of the poor kids, if not completely oblivious to what’s going on around them, seem genuinely bored with the game. Granted the hitting and fielding are certainly on the modest side of paltry but there are things to watch for. It would seem that most infielders are captivated by just how much limestone they can kick up from the baselines before being reprimanded. In fact, I witnessed my youngest filling his glove with the golden dust so that he could hurl it at those opponents that ran by him at short stop. I’m pretty sure that skill wasn’t covered in practice. 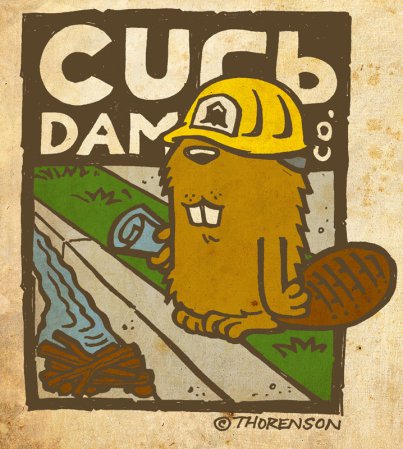 Our little beavers love the sight of water running in the gutters. Who can blame them? If they’re not recreating in the curb-side river with their leaf boats then they’re diverting it with little twig dams. It’s one of the first times a child realizes he can enjoy as well as influence the effects of nature. At some point, of course, the dam bursts and nature prevails but then every little boy kind of likes to see wanton destruction anyway so it’s a win-win situation.