Surly Brewing Company, a craft brewery based out of Minneapolis, has currently increased its distribution to now serve 12 states (MN, WI, IA, ND, SD, IL, MI, MO, NE, CO, KS, and AZ). As part of their ‘invasion’ into new states, Surly commissioned local artists of each state to create a limited edition screen print done in Surly’s signature colors — red, black and gold. Surly commissioned me to be one of three artists contributing to the ‘North Dakota is Surly’ invasion poster.

Each of us was assigned a third of the state to represent what we felt made North Dakota surly! Since the other two artists were from Fargo, I was pushed all the way west to the Badlands. In many ways this made the task of coming up with ideas much simpler. Focusing on the geography, economy, history and recreation in western North Dakota led to a rough riding Teddy Roosevelt on his mountain bike doing the Maah Daah Hey trail through the badlands where, wildlife and pumpjacks are abundant.

As part of the invasion, Surly hosted an Art Release Party where the three of us signed posters for eager fans of art (and Surly beer), while we were treated with open tabs on food and beverages at the Hotel Donaldson in downtown Fargo. 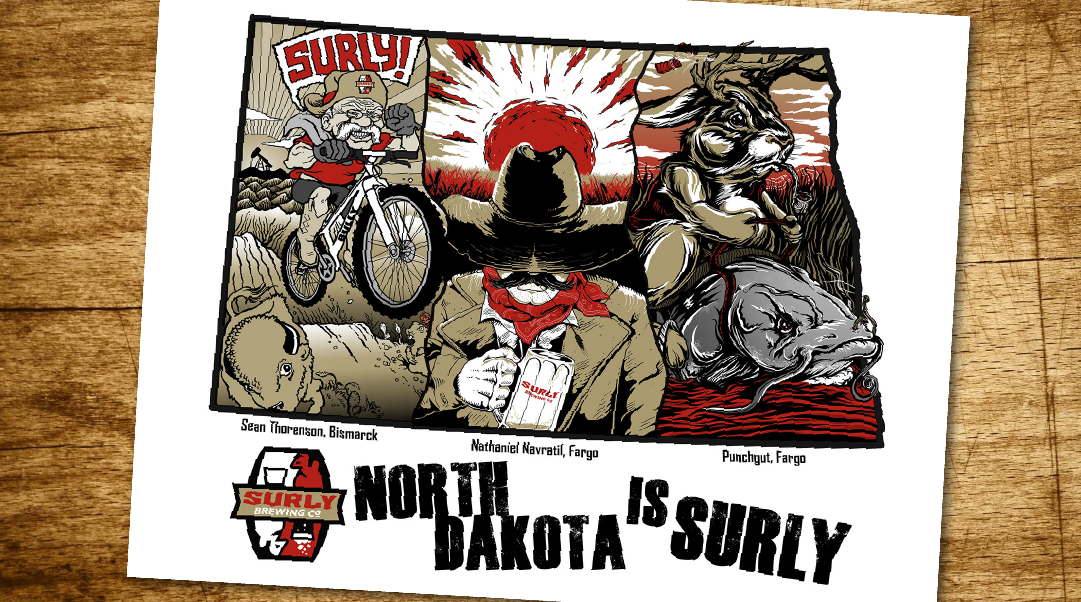 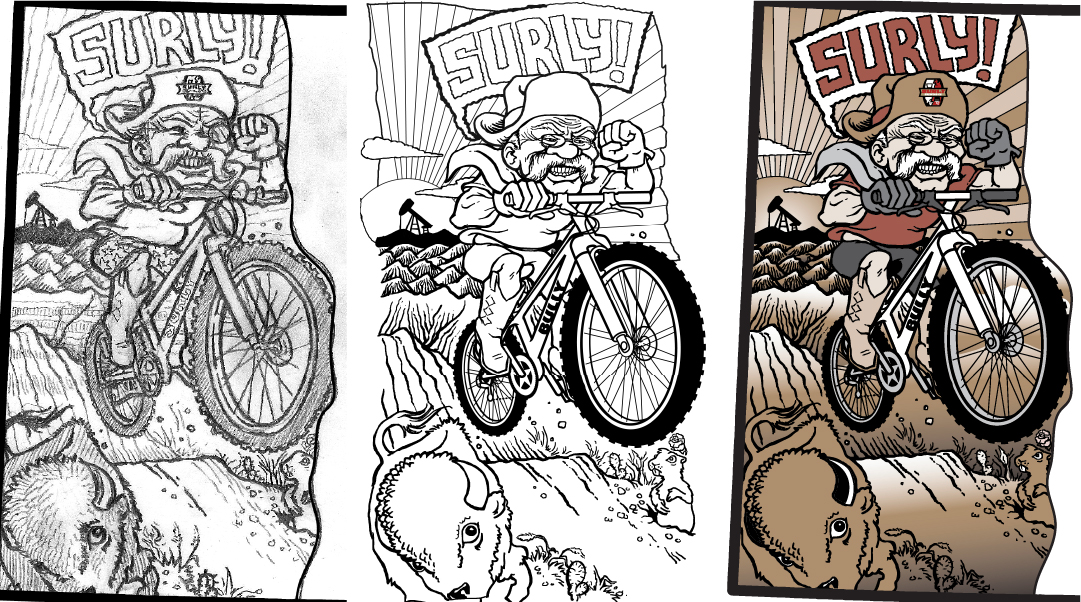 Rough, comp and final. All concepts needed to be approved by Surly’s art director before final execution. 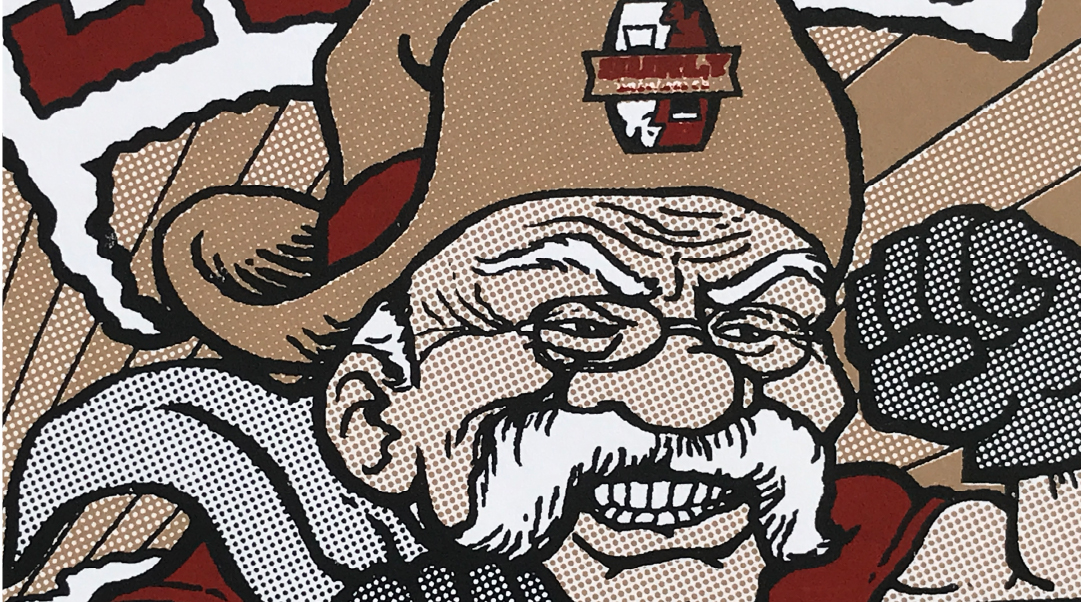 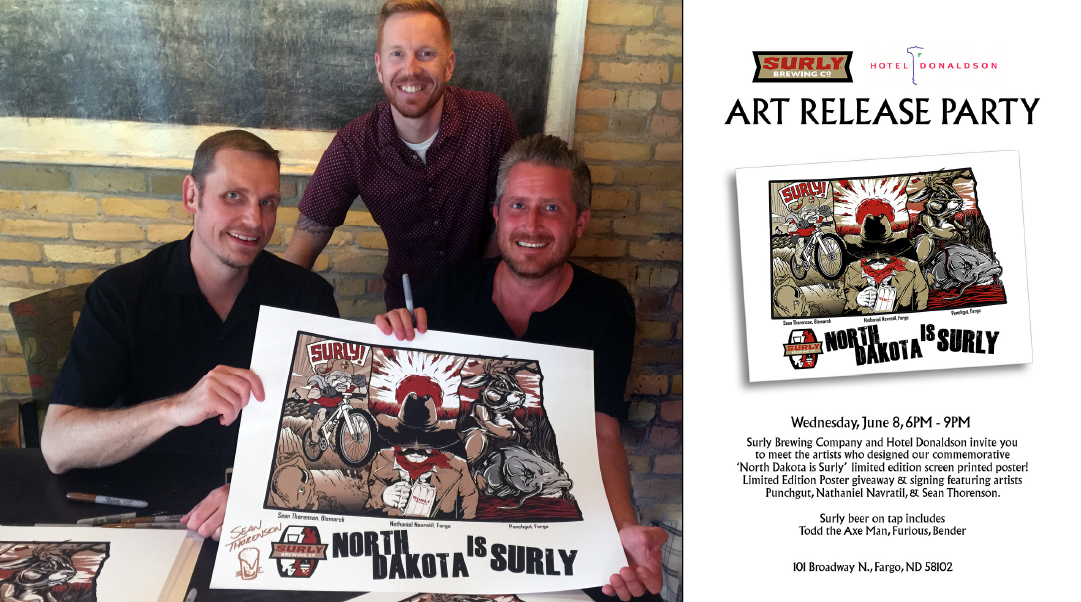