This rock ‘n roll cover band was pursuing a more forceful fighter pilot look for their identity. The stencil type was a fitting complement to their chevron-star icon. 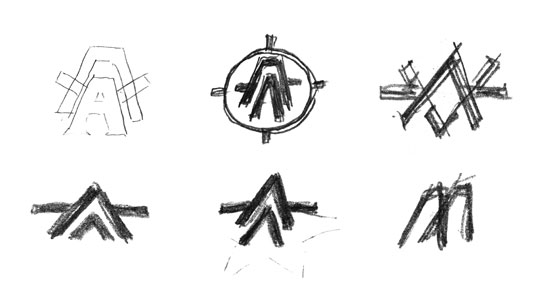 I had worked with this client before when he was in the band ‘One Card Short’ so I immediately assumed that his latest group name had something to do with cards. It didn’t. He told me to think more ‘flying ace’. I was intrigued with the double vowel connection, so I worked with those two letters and found an almost star-like shape emerging. The intertwining letters began to form somewhat of a chevron subtly denoting some sort of rank insignia. From there the idea really took flight.