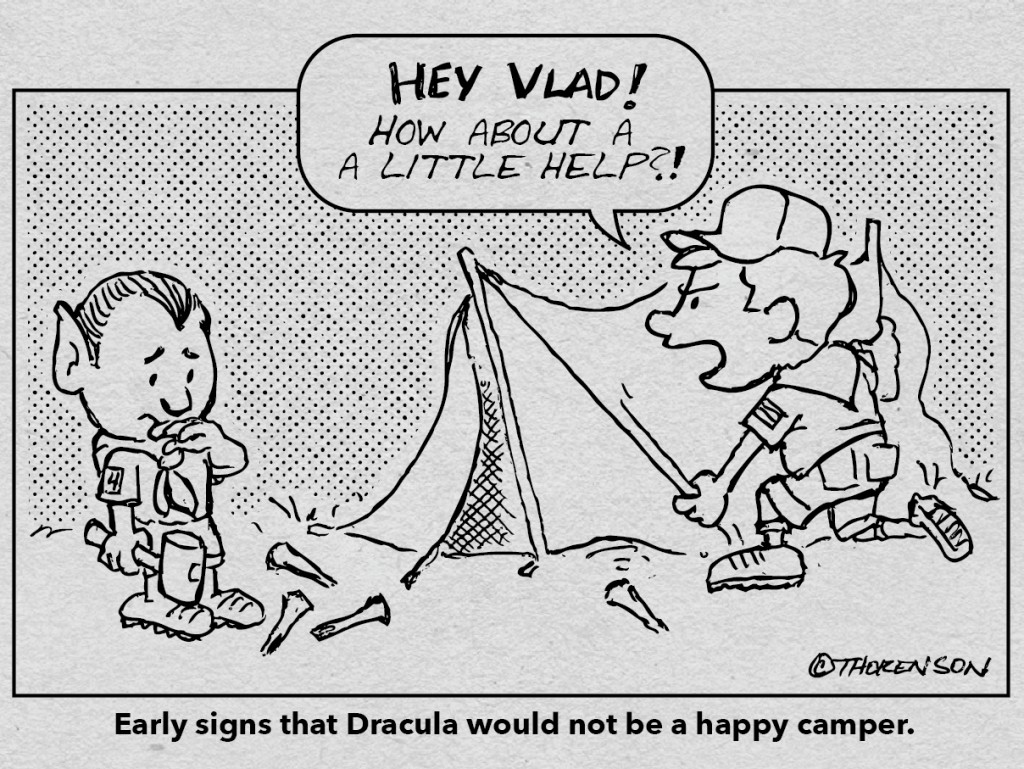 Most people don’t realize that Vlad didn’t actually enjoy impaling anything. Except marshmallows. On a moonless night.