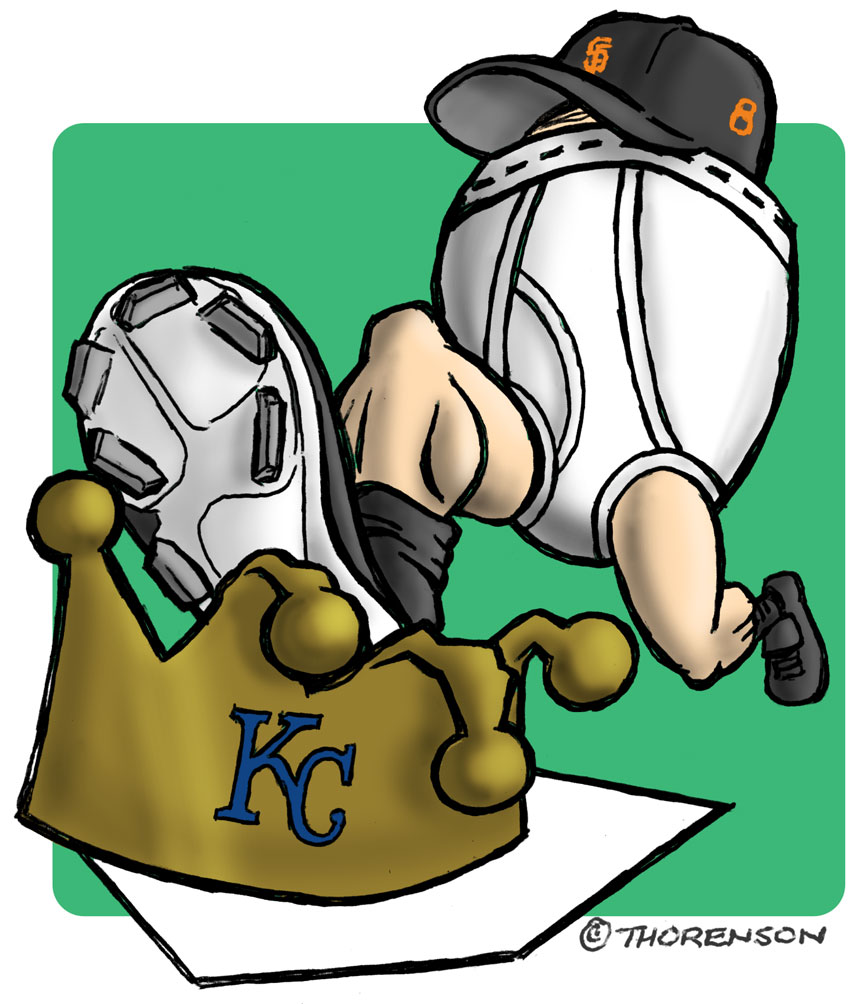 Kansas City hosted the San Francisco Giants in game one of the 2014 World Series last night. It didn’t take long for the Giants to dominate with an early 3-0 lead thanks to a deep center two-run dinger by Hunter Pence. The Royals struggled to take control defensively digging four arms deep into their bullpen. Seeing extra innings was common in the division series, but it only took nine to put KC out of their misery. Hopefully the Royals can mount a comeback in game two.