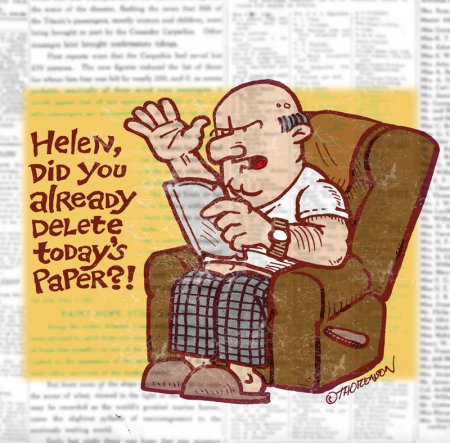 With the advent of digital readers like the Kindle and the iPad, is the future of the daily newspaper in jeopardy? One of the things that I think caught most newspapers off-guard was the internet. I’m sure several doubted the far-reaching cultural impact this technological advance would have on societal norms, but when every other business under the sun was jumping on the dot com bandwagon newspapers followed suit cloning online content from their printed counterparts. This wouldn’t have been such a big deal had they not offered any of the content online for FREE. Now that more and more people go to the web for their daily intake of news, the printed word becomes less of a service that people are willing to pay for. Will it ever die completely? I don’t think so, but newspapers better find a way to develop a digital subscription to their online publications that won’t anger their customers. It’s going to take revenue to keep those presses running, even if that revenue comes from online subscriptions.